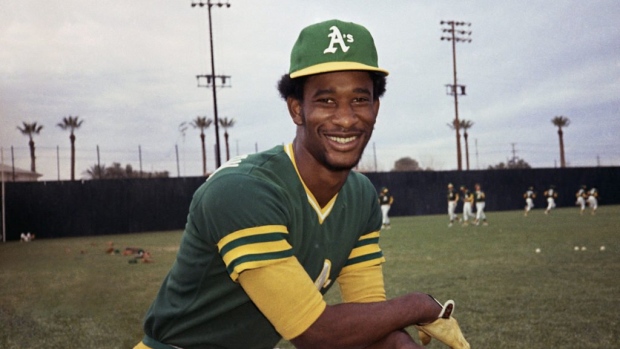 The Los Angeles native was a member of the 1974 World Series-winning Oakland Athletics.

Claudell Washington was living in the East Bay and had been battling illness for several years. RIP to one of the 70s A’s more underrated players.

Living in the Bay Area, Washington had been diagnosed with prostate cancer, but discontinued treatment in 2018.

"If I go tomorrow, I’m good," Washington told Marcus Thompson of The Athletic that year. "I’m at total peace with my life. I wouldn’t change my script for nothing in the world."

A speedy outfielder, Washington played 1,912 games in the majors over 17 seasons with the A's, Texas Rangers, Chicago White Sox, New York Mets, Atlanta Braves, New York Yankees and California Angels. He finished his career with the Yankees in 1990.

In 1985, Washington was one of 21 players implicated in the Pittsburgh drug trials. Washington was suspended for 60 games and instructed to do 50 hours of community service.

Famously in the 1986 film Ferris Bueller's Day Off, the title character played by Matthew Broderick catches a foul ball hit by Washington during a game at Wrigley Field when he had called in sick to school.