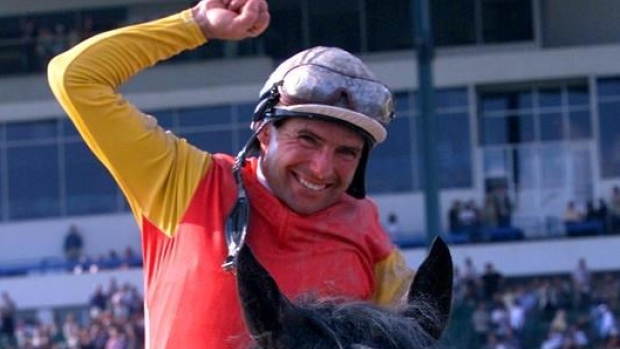 TORONTO — Todd Kabel, who rode two Queen's Plate-winning horses, has died at the age of 55.

Woodbine Entertainment made the announcement Saturday night. A cause of death was not immediately available.

"I always found Todd was an amazing talent on a racehorse," said Jim Lawson, the CEO of Woodbine Entertainment Group. "When he was on his game he was second to none.

"He was an extreme talent on the back of a horse."

He won the Queen's Plate with Regal Discovery in 1995 and then Scatter The Gold in 2000. And in 2004, Kabel rode Soaring Free to victory in the Atto Mile.

Kabel began his riding career at Winnipeg's Assiniboia Downs in 1991 before heading to Woodbine. He retired from horse-racing in October 2009 but returned in 2012.

As brilliant as Kabel was on the track, he had issues off of it. Kabel struggled with alcohol and his mental health, and served time in jail for assault.

"I remember him riding for my dad and we'd go into the paddock and he was always very respectful, very polite."

Kabel rode Dawson's Legacy, a 78-1 longshot, to second in the '97 Breeders’ Cup Juvenile to Favorite Trick, America's horse of the year that season. In 2003, Kabel became the first jockey in Canada to surpass $10 million in purses, then the following year won 36 graded stakes season to tie Avelino Gomez's record.

Woodbine Entertainment said in a statement details on a celebration of life will be shared when they become available.

This report by The Canadian Press was first published March 27, 2021.