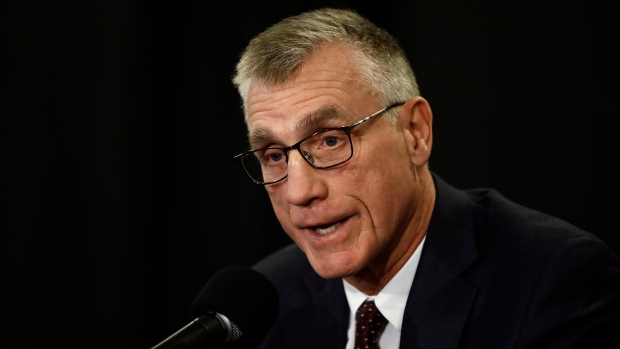 Nicknamed "The Maven," the 89-year-old Fischler has written over 100 books, mostly on hockey, and was a fixture on MSG broadcasts of New York Rangers and New Jersey Devils games. The Brooklyn native retired as an on-air personality after the 2017-2018 season.

Born in Vancouver before moving to San Diego as a teen, the 69-year-old McNab appeared in 954 games over 14 NHL seasons with the Buffalo Sabres, Boston Bruins, Vancouver Canucks and New Jersey Devils from 1974 to 1987. Scoring 30 or more goals on six occasions, McNab finished his NHL career with 363 goals and 450 assists.

Dean Blais, Tony Granato, Jenny Potter and Jerry York were previously announced as the Class of 2020.