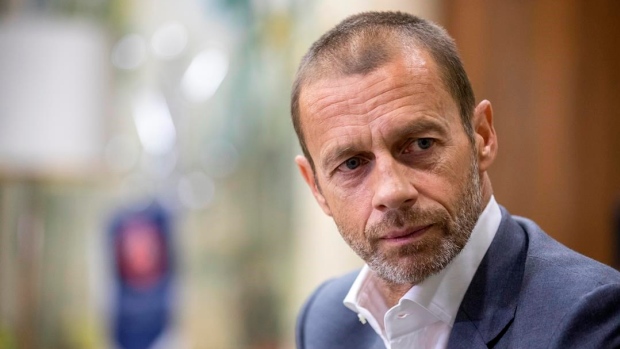 UEFA insisted Wednesday it remains determined to stage the rescheduled European Championship across 12 countries but gave host cities until April to decide whether fans can attend games.

Even before the pandemic derailed UEFA's plans last year, the event was logistically challenging because it was using a dozen stadiums in different countries for the first time.

The planning has been complicated further by a second wave of the coronavirus leading to new forms of lockdowns across Europe and domestic games being played in empty stadiums. An operational meeting on Wednesday led by UEFA President Aleksander Ceferin with representatives of the 12 host cities had to be held virtually.

“UEFA is committed to holding Euro 2020 in the 12 cities originally planned," Ceferin said. “I am optimistic that things are highly likely to be very different with regard to the virus as we move closer to the tournament and it is important that we give the host cities and governments as much time as we can to formulate an accurate picture of what will be possible come June and July."

Greater flexibility in the planning will be afforded to cities, including giving them until early April to submit plans about how fans might be allowed into stadiums, UEFA said.

Wembley Stadium has the most games, with the London venue staging the semifinals and final among its seven fixtures.

Dublin is the westernmost venue while the eastern extremity is Baku, Azerbaijan. Matches will also be in Munich, Rome, St. Petersburg, Copenhagen, Bucharest, Amsterdam, Bilbao, Budapest and Glasgow.

“Fans are such a big part of what makes football special and that is true of the Euro as much as it is of any game," Ceferin saiid. "We must allow ourselves the maximum space to allow their return to the stadiums.”