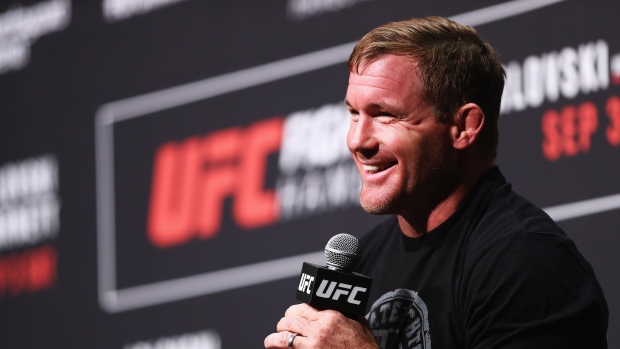 Ultimate Fighting Championship Hall of Famer and former welterweight champion Matt Hughes has been airlifted to a medical facility on Friday after his truck collided with a train, UFC president Dana White told ESPN.

The 43-year-old Hughes's family is en route to the facility.

A press release from the Raymond, Illinois police department confirmed the accident took place at around 10:45am. He was flown to a hospital in Springfield.

According to the release, the truck came to a "railroad grade crossing marked with crossbucks." The vehicle crossed the tracks “directly in front of a train and the train struck the passenger side of the truck.”

"Apparently he has head trauma," White told ESPN. "His family is traveling to him now."

The UFC tweeted out a graphic of Hughes later on Friday.

Our thoughts are with Matt Hughes and his family. pic.twitter.com/TF6BaHSa85