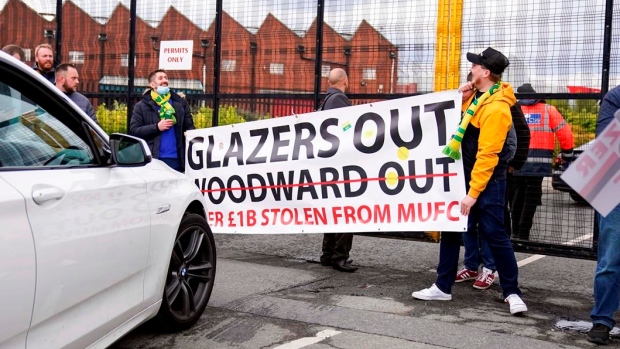 MANCHESTER, England — Manchester United supporters stormed into the stadium and onto the pitch ahead of Sunday’s game against Liverpool as fans gathered outside Old Trafford to protest against the ownership.

Long-running anger against the club's owners, the Glazer family, has boiled over after they were part of the failed attempt to take United into a European Super League as well as the club's debt.

Media trying to enter the club’s car park were told the ground was in lockdown.

Fans are currently unable to attend games due to the pandemic.