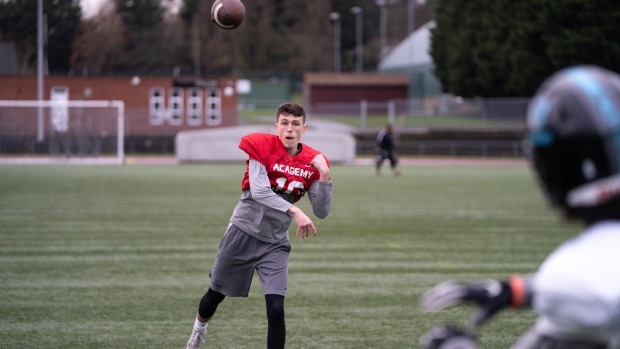 The globalization of North American football took another step forward Wednesday when the University of Ottawa announced it will be adding British-trained quarterback George Reynolds to its team for the fall of 2021.

Reynolds, a 19-year-old from Kent, England, who has spent the past two years attending the NFL Academy in North London, is believed to be the first European-trained quarterback coming to U Sports football since Bernd Dittrich, a native of Austria, played for Simon Fraser University in 2009.

The NFL Academy, opened in 2019 for elite players 16-19 years of age, describes itself as “a major U.K. initiative by the NFL, which aims to use American football to create life-changing opportunities for young people.”

“It was a great platform for me because I got to work under the best coaches we have in Europe and with the best talent we have in Europe,” said Reynolds, who is the quarterback of Team Great Britain. “It really helped me prepare myself for the next level. On the mental side, I learned so much about the game, coverages, concepts and I feel it really put me in a great place to take that next step to college football.

“My dreams have always been to go to college and play football there [North America].”

Reynolds was offered scholarships to two Division II NCAA schools and a priority walk-on spot at the University of West Virginia, one of a handful of NCAA schools that has aggressively recruited international talent. 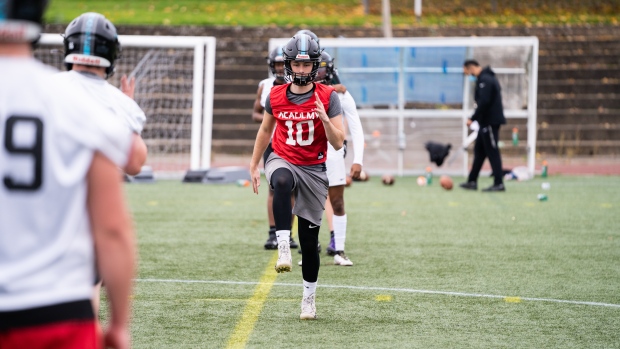 Reinebold, a long-time CFL head and assistant coach, works alongside Reynolds’ father, Neil, in the off-season on NFL coverage at Sky Sports in the U.K.

Reynolds was one of eight NFL academy players invited to attend the Pro Bowl in Orlando, Fla., in January of 2020, taking part in skills challenges against top American high schoolers.

Bellefeuille noted Reynolds’ accuracy, ability to see the field and understanding of the game as things that have stood out in his practice and game film, making him confident he can compete at the Canadian university level.

“I really like both his physical and mental side,” said the Gee-Gees’ head coach.

U of O also announced it is adding defensive lineman Kylian Freslon, a native of France, who is one of a roughly two dozen players from his country playing Cegep (post-secondary, pre-university) football in Quebec.

“The significance for us is football is becoming a global game and we want to recruit internationally as well as nationally,” Bellefeuille said. “This is our first foray into recruiting the best student-athletes from abroad.”

Bellefeuille said the Gee-Gees’ program will continue its international push by establishing relationships with clubs in France, which he hopes will include clinics in Europe and players coming to Canada for training.

The CFL announced in 2019 that players from outside Canada who play university football in U Sports will be eligible to be counted as Canadians in its league.

The NCAA will have its first European-bred Division I quarterback this fall, with Germany’s Alexander Honig beginning his freshman season at Texas Christian University.