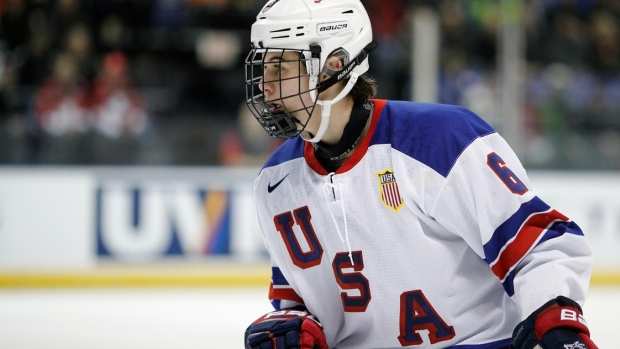 Jack Hughes, Adam Fox and Christian Wolanin were all added to U.S. men's team for the upcoming IIHF World Hockey Championship on Wednesday.

Hughes, the projected No. 1 overall pick in June's draft, is fresh off a dominant showing in the under-18 Worlds in Sweden, where he set a tournament record with 32 points that was previously held by Alex Ovechkin. The Americans took home bronze over the weekend, beating Canada in the third-place game.

Fox signed his entry-level contract on Tuesday after being traded from the Carolina Hurricanes to the New York Rangers. The 21-year-old defenceman scored nine goals and posted 48 points in 33 games with Harvard this season.

Wolanin, 24, appeared in 30 games with the Ottawa Senators this past season, posting four goals and 12 points. He added seven goals and 31 points in 40 AHL games.

Here is the current roster for Team USA:

The Worlds will go from May 10 to May 26 in Slovakia, split between Bratislava and Kosice.