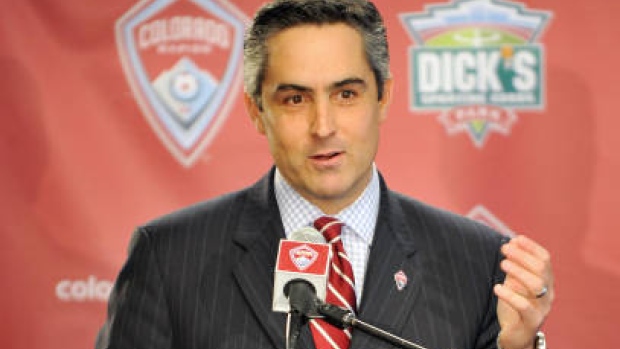 USA Curling has hired Jeff Plush to be its new CEO, going outside the sport to put the former commissioner of the National Women's Soccer League in charge of growing the game at both the elite and grassroots level.

“I am thrilled and humbled by the opportunity to lead USA Curling as we chart a course for dynamic change,” said Plush, who was an IMG executive when the company represented Olympic gold medallists Michael Johnson, Dan O’Brien, Picabo Street and Jonny Moseley. “The privilege of returning to the Olympic movement is something that I am particularly excited about."

Plush was the first NWSL commissioner, running the league when it expanded into Orlando, brought Nike on as a sponsor, and landed a deal with A+E Networks. He was also managing director of the Colorado Rapids, leading the team to its only MLS Cup in 2010.

“Jeff Plush brings a wealth of experience and talent that will be instrumental in the ongoing growth we see at USA Curling,” interim CEO Rich Lepping said. “We are very much looking forward to working with Jeff as he helps move the sport and the business forward, while honouring our traditions, and most importantly, our athletes.”

USA Curling is coming off its most successful Olympics ever, with the team led by John Shuster winning the country's first-ever gold medal. Plush's mission will be to capitalize on curling's quadrennial moment in the spotlight to grow the sport in the U.S.

One of his first tasks will be to hire a leader for the USA Curling high performance program that is designed to be an incubator for potential Olympians. Plush will attend the national championships in Spokane, Washington Feb. 8-15.

“I am looking forward to introducing Jeff to the world of curling at our national championships in Spokane," United States Curling Association Board Chair Courtney Schmidt said.