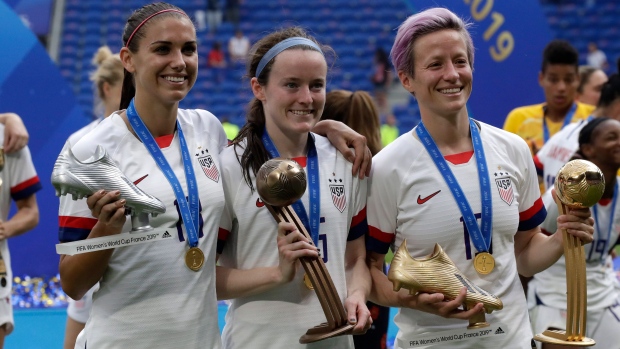 LOS ANGELES (AP) — Fresh off their victory at the Women’s World Cup, members of the U.S. national soccer team, along with top NBA draft pick Zion Williamson and world No. 1 golfer Brooks Koepka, will be among the attendees at The ESPYs on Wednesday.

The show honoring the past year’s top athletes and achievements airs live on TSN1 at 7pm et/4pm pt from the Microsoft Theater in downtown Los Angeles. Comedian Tracy Morgan hosts the 27th edition.

The appearance by the soccer team will be part of a day on which they are celebrated on both coasts. The players will fly to Los Angeles for The ESPYs after a ticker-tape parade in New York on Wednesday morning.

NBA Hall of Famer Bill Russell will receive the Arthur Ashe Courage Award, with Grammy-winning singer-songwriter Tori Kelly performing “In Times Like These” to honor him.