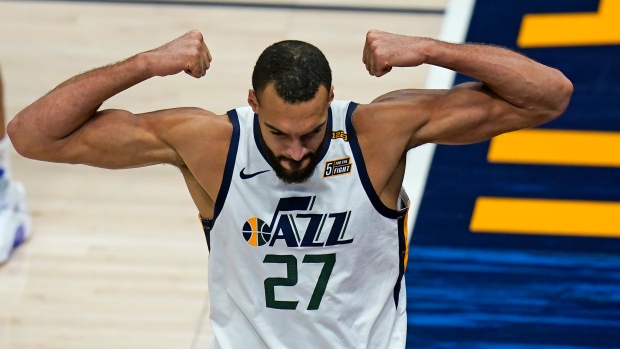 Utah Jazz center Rudy Gobert reclaimed the NBA's Defensive Player of the Year award Wednesday night, becoming the fourth player to be named the league's top defender at least three times over the course of his career.

Utah, which began its ascent to being one of the West's elite teams several years ago behind a team full of defensive players built around the massive 7-foot-1 center's special skillset. But as Utah has later surrounded Gobert with offense-first players, relying on him to keep the team's defense at an elite level, he's done so, as the Jazz finished the season with the league's fourth-ranked offense, third-ranked defense and the best net rating (9 points per 100 possessions) by nearly three points over their closest competitors (LA Clippers, 6.1).

Simmons, one of the league's most versatile defenders, thanks to his 6-foot-10 frame and impressive athletic gifts, helped spearhead the league's second-best defense -- which, in turn, helped Philadelphia claim the top spot in the Eastern Conference playoffs.

Green, on the other hand, proved he's still more than capable of having a significant impact defensively after leading the Warriors to the fifth-best defensive rating in the NBA during the regular season - not to mention doing a spectacular job defensively in Golden State's to Los Angeles Lakers in the seventh place play-in tournament game last week.

The NBA has already announced that Utah Jazz guard Jordan Clarkson had won the league's Sixth Man of the Year award, New York Knicks forward Julius Randle had been named its Most Improved Player, Knicks coach Tom Thibodeau is Coach of the Yeah and Denver Nuggets center Nikola Jokic is the league's Most Valuable Player. Rookie of the Year is still left to be handed out, as well as the All-Rookie, All-Defensive and All-NBA Teams.

Like last year, the NBA has reverted to its traditional rollout of the awards during the playoffs, rather than having a large awards show at the end of the postseason, due to the ongoing COVID-19 pandemic.