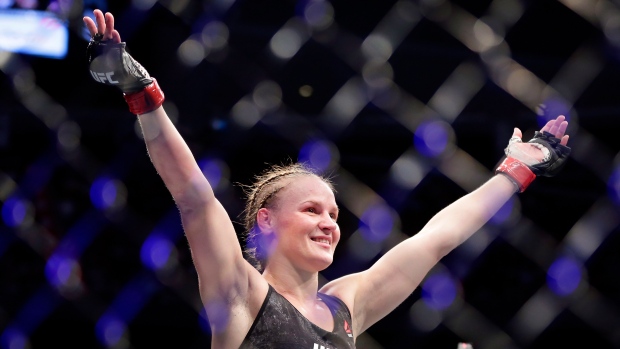 Valentina Shevchenko will put her UFC flyweight title on the line against Joanne Calderwood at UFC 251, the promotion confirmed an initial report by by Brett Okamoto of ESPN.

The event will take place at RAC Arena in Perth, Australia.

Shevchenko is coming off her third successful defence of the flyweight title at UFC 247 on February 8 where she defeated Katlyn Chookagian via third-round TKO.

The 31-year-old has also retained the title against Liz Carmouche and Jessica Eye, since she defeated Joanna Jedrzejczyk for the vacant belt at UFC 231.

Shevchenko is on a five-fight winning streak and has only suffered two defeats since making her UFC debut, both at the hands of two-division champion Amanda Nunes.

The 33-year-old has won three of her last four fights, including victories over Ariane Lipski and Kalindra Faria with a setback against Chookagian prior to the Lee bout.

The event will take place on June 6.