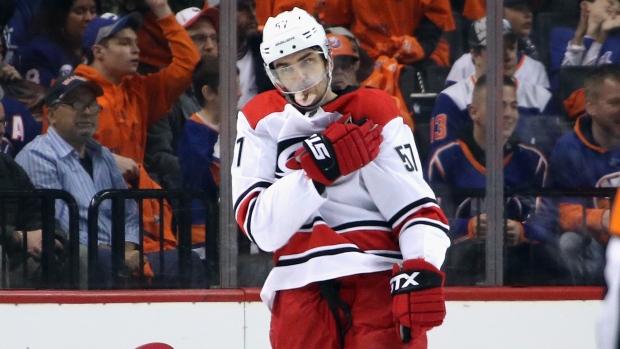 Carolina Hurricanes defenceman Trevor van Riemsdyk had surgery on his left shoulder and is expected to miss four to six months.

The 27-year-old was injured in the first period of Game 2 against the New York Islanders.

The procedure was performed by Dr. Marty Isbell at Raleigh Orthopaedic on Thursday.

He appeared in nine postseason games for the Hurricanes.

Van Riemsdyk contributed three goals and 11 assists in 78 games during the regular season for the Hurricanes.