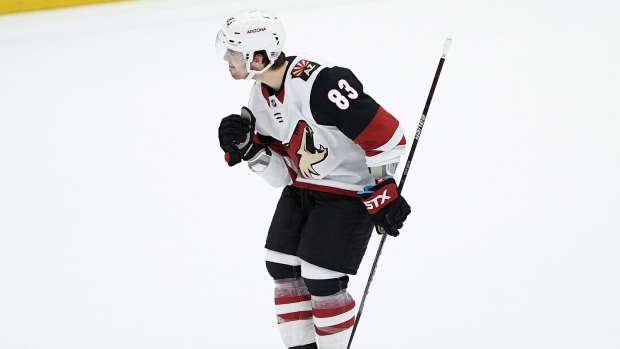 Conor Garland has a new deal with the Vancouver Canucks.

The newly acquired winger has signed a five-year deal with the team worth $24.75 million (a $4.95 million average annual value).

The 25-year-old Garland came to the Canucks last week in a trade with the Arizona Coyotes that also saw defenceman Oliver Ekman-Larsson head to Vancouver.

A native of Scituate, MA, Garland had 12 goals and 27 assists in 49 games with the Coyotes last season, his third at the NHL level since being selected in the fifth round (No. 123 overall) by Arizona in the 2015 NHL Entry Draft out of the Quebec Major Junior Hockey League's Moncton Wildcats.

For his career, Garland has 47 goals and 96 points across 164 games played.

Garland just played out the final year of a two-year deal worth a total of $1.55 million signed as a restricted free agent. That agreement carried a cap hit of $775,000.

The Canucks also announced on Tuesday that veteran goaltender Braden Holtby had been bought out by the team.