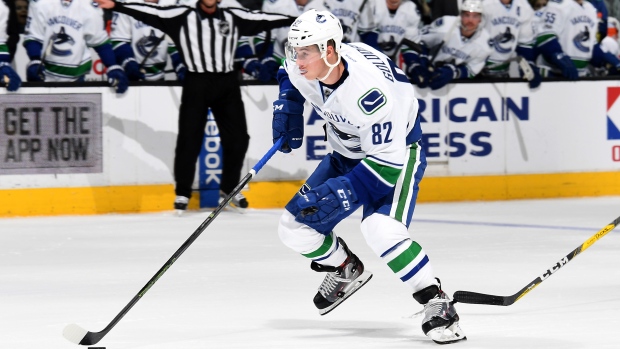 Goldobin posted 19 goals and 50 points in 51 games with AHL's Utica Comets this season. He was without a point in one game with the Canucks.

The 24-year-old, who was scheduled for restricted free agency this year, appeared in 63 games with the Canucks last season, registering seven goals and a career-high 37 points. A first-round pick of the San Jose Sharks in 2014, Goldobin was acquired by Vancouver in 2017 in a deal that saw forward Jannik Hansen traded to the Sharks.