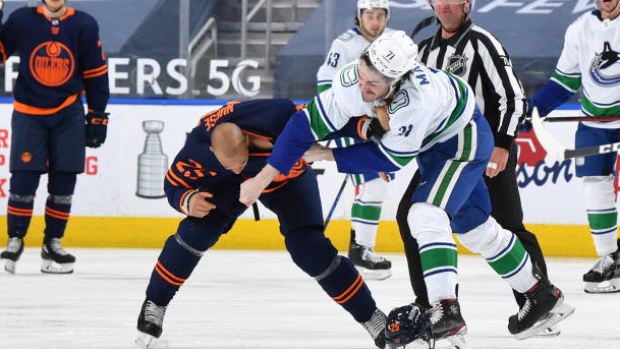 Vancouver’s Zack MacEwen has been suspended for one game for Kneeing Edmonton’s Darnell Nurse. https://t.co/lzPiQeu0sI

The infraction occurred during the Canucks 6-3 win over the Oilers on Thursday, when the two players were involved in multiple incidents with each other.

MacEwen, 24, has one goal and two points in 29 this season while picking up 40 penalty minutes.