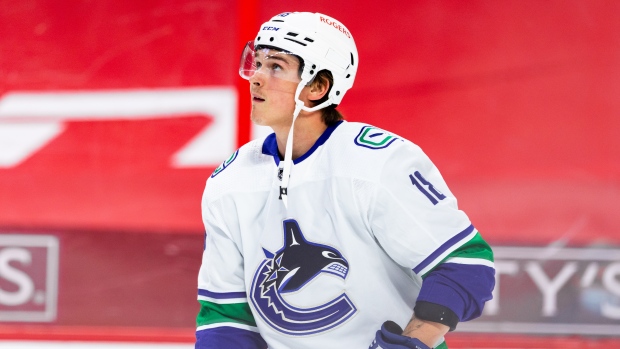 A statement of claim filed in Kelowna, B.C. last week alleges Virtanen took the woman to a hotel in West Vancouver in September 2017 and assaulted her as the woman repeatedly said no and pleaded with him to stop.

The allegations have not been tested in court and a statement of defence has not been filed in the case.

The statement of claim says the woman, identified only by her initials, suffered physical and emotional damages, including post-traumatic stress disorder, depression, anxiety, and repeated and ongoing nightmares.

Virtanen's agent did not immediately respond to requests for comment.

The Canucks placed Virtanen on leave on May 1, saying in a statement that the team "does not accept sexual misconduct of any kind and the claims as reported are being treated very seriously.''