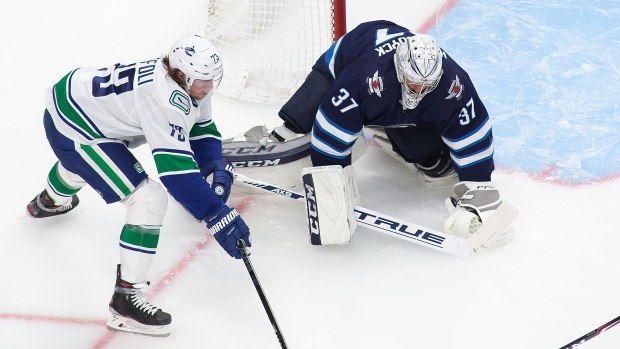 Vancouver Canucks forward Tyler Toffoli is nursing a foot injury and did not suit up for Game 2 of his team's series against the Minnesota Wild on Tuesday night.

Toffoli is currently in a walking boot, though it's unclear when he was hurt.

The Canucks also scratched Adam Gaudette ahead of Game 2, with Jake Virtanen and Loui Eriksson in the line-up instead.

The best-of-five series continues on Thursday in Edmonton.