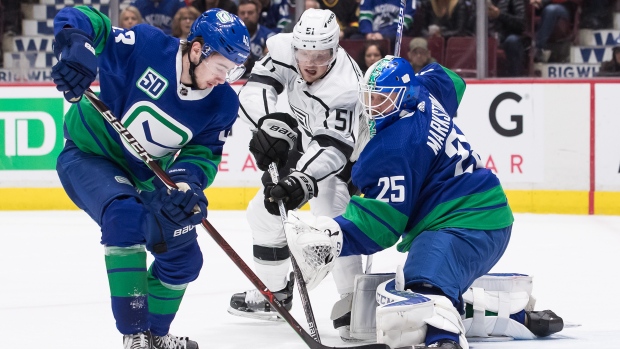 While being named to the NHL All-Star Game is a tremendous honor, the Golden Knights and Marc-Andre Fleury have decided that Marc-Andre will pass on the invitation this year.

The Golden Knights said on Twitter that the team and Fleury decided he will pass on the invitation this year.

Markstrom, 29, will suit up for Team Pacific. In 28 games this season, he has a 14-11-3 record with a .917 save percentage and 2.72 GAA. He joins teammate Elias Pettersson in being named to the All-Star game and is the sixth Canucks goaltender to be named to an All-Star game roster and the first since Roberto Luongo in 2009.