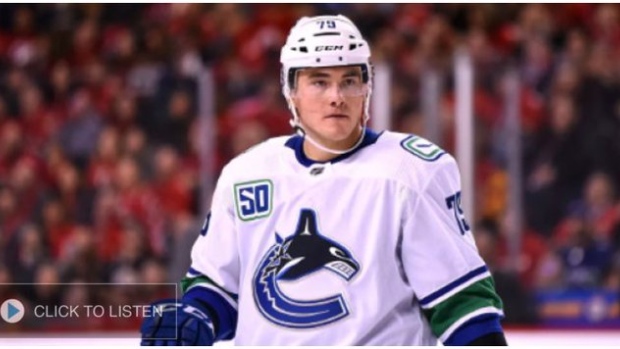 The Vancouver Canucks announced Wednesday night that forward Micheal Ferland is "unfit to play" and will be out for the remainder of their series against the Minnesota Wild.

#Canucks confirm that Micheal Ferland is 'unfit-to-play' for the remainder of the play-in series vs Minnesota. He has returned home and will be re-evaluated following the series.

After missing a good chunk of the 2019-2020 season with issues related to concussion, Micheal Ferland has returned to his home in Manitoba. Sources say he’s dealing with similar issues.

TSN Hockey Insider Darren Dreger reports that after missing a good chunk of this season with issues related to a concussion, Ferland is now dealing with a similar ailment.

He has returned home to Manitoba, Dreger adds.

The 28-year-old did not record any points in Vancouver's first two games of the play-in round, though Ferland did draw a $5,000 fine for spearing Ryan Hartman of the Wild on Sunday. He was also involved in a fight in the same game.

In 14 games this season, Ferland had one goal and four assists in just under 10 minutes of ice time per game.