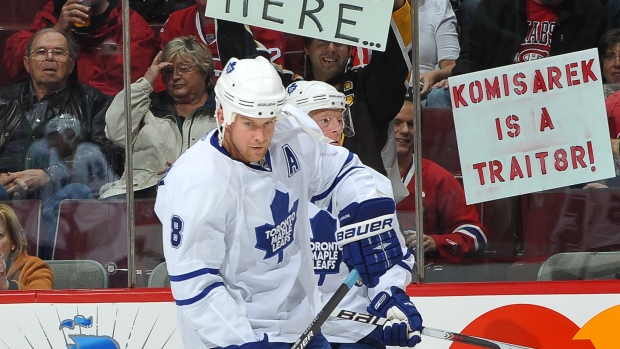 Samuelsson and Komisarek will primarily work with Canucks prospects throughout the organization, while the Sedin twins will transition to new roles within player development, "working daily on and off the ice with young players in Vancouver and Abbotsford."

Vancouver Canucks General Manager Patrik Allvin announced today that the club has made multiple additions to its Player Development staff to support the growth of Canucks prospects at all levels.

"We're pleased to have solidified our Player Development department for next season with the additions of Mikael Samuelsson and Mike Komisarek, as well as Daniel and Henrik Sedin," said Allvin. "Cammi Granato and Ryan Johnson led an extensive search to find the individuals with the right attributes, winning pedigrees, and who fit the overall strategy of the Vancouver Canucks moving forward."

Samuelsson, 45, most recently served as general manager of Södertälje SK in Sweden for parts of the past three seasons. He also spent three seasons as a European development coach for the Chicago Blackhawks from 2017-20.

During his playing career, Samuelsson appeared in 699 games with Detroit, Florida, Vancouver, Pittsburgh, New York Rangers, and San Jose. He had 149 goals and 346 points over his 13-year career and a won a Stanley Cup with the Red Wings in 2008.

Komisarek, 40, previously spent three seasons as a player development coach for the Buffalo Sabres from 2017-20.

A first-round pick of the Montreal Canadiens in 2001, Komisarek had 14 goals and 81 points in  551 career regular season games over 11 NHL seasons.