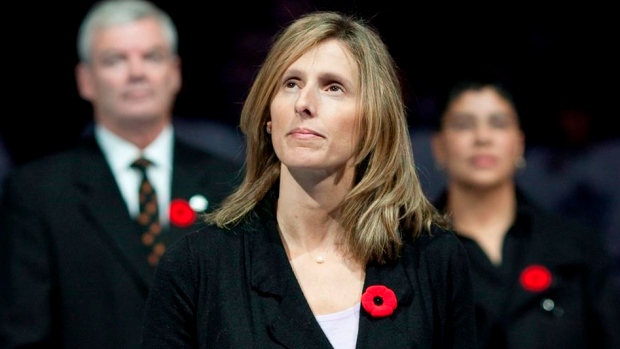 Granato has worked with the Seattle Kraken this season as the first female scout in NHL history.

Granato joins the Canucks from the Seattle Kraken, where she was the first female scout in NHL history.

"Cammi is a tremendous leader and has earned the respect of the hockey world. She has a great mind for the game and experience and influence at all levels," said president of hockey operations Jim Rutherford. "In her role, Cammi will oversee our player development department and our amateur and pro scouting department. Cammi's input will also be included in all areas of hockey operations as we leverage the diverse opinions and experience of our new leadership group to build a winning team."

The 50-year-old was inducted into the Hockey Hall of Fame in 2010 after a decorated career that included a gold medal at the 1998 Winter Olympics in Nagano and a silver medal at the 2002 Olympics in Salt Lake City.

Granato was added to the HHOF’s selection committee last November.

"I am honoured to join the Vancouver Canucks and the hockey operations leadership group that Jim Rutherford and his team have assembled," said Granato. "It's a dream to have an opportunity like this in the city that I call home, and with an exciting young team with championship aspirations.

"I also want to thank Ron Francis and the entire Seattle Kraken organization," continued Granato. "It was extremely special to help build their team and to be part of their inaugural NHL season. Ron supported me throughout my time in Seattle and continued to support me when Vancouver approached me with this once-in-a-lifetime opportunity."

The Canucks have recently had an overhaul of their hockey operations department after Rutherford took over as team president in December.

Patrik Allvin was hired as the 12th GM in the franchise's history with Émilie Castonguay and Derek Clancey added as assistant general managers.