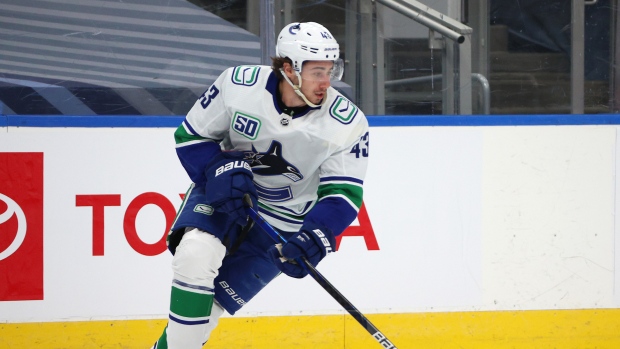 The Vancouver Canucks were without defenceman Quinn Hughes for their 5-2 loss to the Buffalo Sabres Tuesday, but it doesn't appear the 22-year-old will be out long-term.

Hughes was scratched from Tuesday's game with an undisclosed injury after taking part in the Canucks' optional skate earlier in the day.

“He was close to playing tonight,” head coach Travis Green said postgame. “I don’t expect him to be out long.”

Hughes has one goal and one assist in three games this season. He logged a season-high 29:09 of ice time in the Canucks 3-1 loss to the Detroit Red Wings on Saturday.

Selected seventh overall in the 2018 NHL Draft, Hughes had three goals and 41 points in 56 games last season. He signed a six-year, $47.1 million contract as a restricted free agent this off-season.