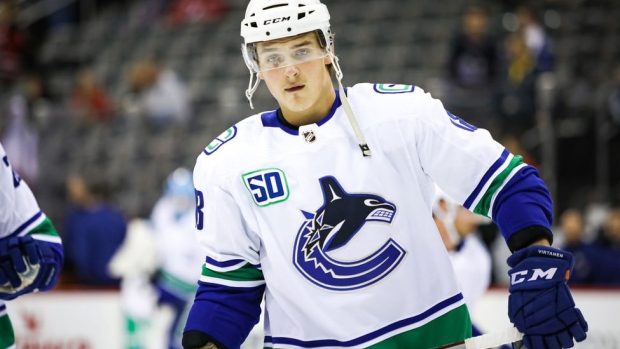 The Vancouver Canucks have come to terms on a two-year, $5.1 million agreement with restricted free agent winger Jake Virtanen, the club announced on Thursday.

Welcome back @Jake_Virtanen! #Canucks have re-signed Jake Virtanen to a two-year contract with an average annual value of $2.55 million. pic.twitter.com/BSd2JCCqVq

The sixth overall pick in the 2014 NHL Entry Draft out of the Western Hockey League's Calgary Hitman, Virtanen heads into his sixth NHL season.

For his career, the Langley, BC native has 50 goals and 45 assists in 279 games played.

Virtanen had been set to head to arbitration with the team.