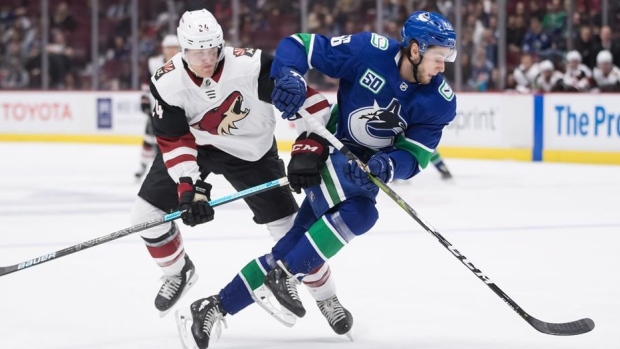 VANCOUVER — The Vancouver Canucks have added to their defensive depth, signing Guillaume Brisebois to a one-year, two-way contract.

Brisebois saw action in eight NHL games for the Canucks in 2018-19, but has yet to collect his first point in the league.

Vancouver originally picked the six-foot-two, 175-pound defenceman in the third round of the 2015 draft.

Another new addition to Vancouver's blue line is Nate Schmidt, who came to the Canucks via a trade with the Vegas Golden Knights earlier this month.

This report by The Canadian Press was first published Oct. 30, 2020.