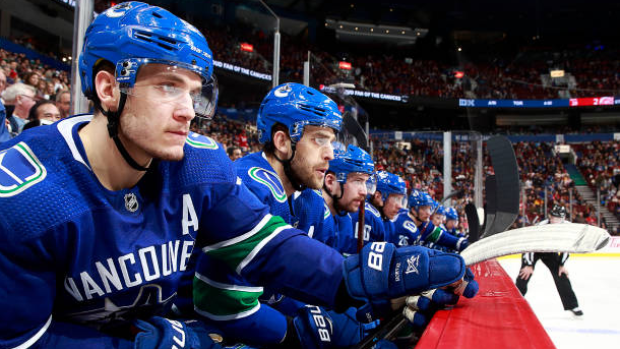 The Vancouver Canucks are set to name their team captain Wednesday night at their home opener against the Los Angeles Kings.

Canucks head coach Travis Green announced last week that a player would debut with the 'C.'

The 24-year-old scored a career-high 27 goals and 34 assists over 82 games last season in Vancouver, his fifth in the NHL.

The Canucks did not have a captain last season following the retirement of Henrik Sedin, who wore the 'C' for eight seasons.