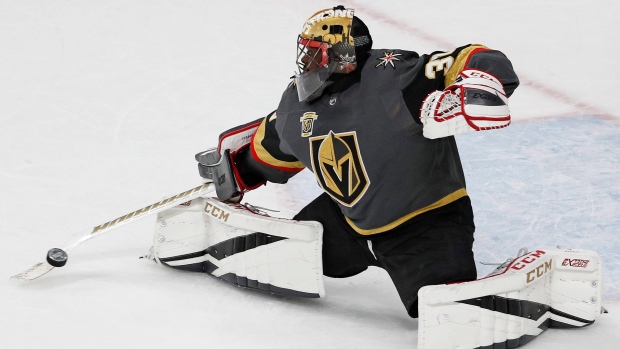 The Vegas Golden Knights have re-signed goaltender Malcolm Subban to a one-year, $850,000 contract to avoid arbitration.

"We are pleased to announce this one-year contract for Malcolm. He's been a valuable contributor to our team over the last two seasons," Golden Knights president George McPhee said. "We are excited to continue to work with Malcolm and help him reach his full potential as an NHL goaltender."

Subban was drafted in the first round (24th overall) by the Boston Bruins in the 2012 NHL Draft. He was claimed off waivers by the Golden Knights on Oct. 3, 2017.

He is coming off a two-year deal worth $1.3 million.

The Canadian goaltender has a career .903 save percentage and 2.88 GAA with 21 wins in 45 NHL appearances.