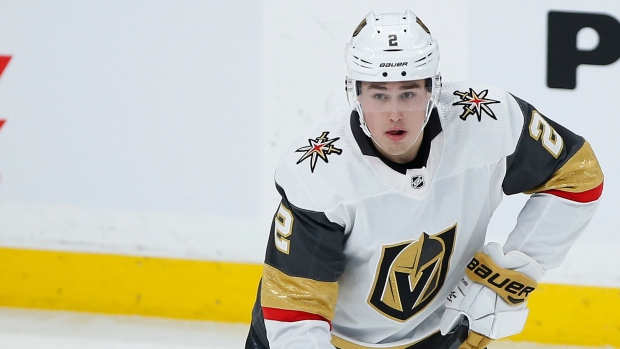 The deal will carry an average annual value of $2.75 million for the 24-year-old.

Weather Report: it's going to be cloudy for the next SIX YEARS ☁️☁️☁️☁️☁️☁️

Zach Whitecloud has signed a six-year extension with the Golden Knights! #VegasBorn

Undrafted to begin his career, Whitecloud made his NHL debut with the Golden Knights in 2018 after ending his season with Bemidji State University.

He has one assist in four games with the team this season and a total of two goals and 14 points in 72 career games. He appeared in a career-high 51 games last season, posting two goals and 12 points.

Whitecloud is now the only member of the Golden Knights signed through the 2027-28 season, with William Karlsson, Alex Pietrangelo and Mark Stone all signed through 2026-27.