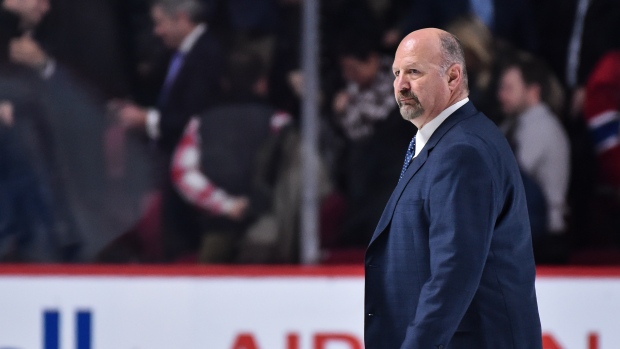 TSN Hockey Insider Bob McKenzie says he expects the Vegas Golden Knights and Florida Panthers to seek permission from the Boston Bruins to speak to Claude Julien about their head coaching vacancies.

I would expect Las Vegas and Florida to seek permission from BOS to talk to fired head coach Claude Julien about their coaching vacancies.

Julien was fired by the Bruins on Tuesday, but his contract with the team runs through next season.

McKenzie adds that at this point in time, he doesn't believe the New York Islanders will be asking for permission to speak to Julien.

At this point in time, I do not believe NYI will be asking BOS for permission to talk to Julien. Of course, that may be subject to change.

The Panthers have had general manager Tom Rowe behind the bench since firing Gerard Gallant in late November.

The Golden Knights are still searching for their first bench boss to work under general manager George McPhee.