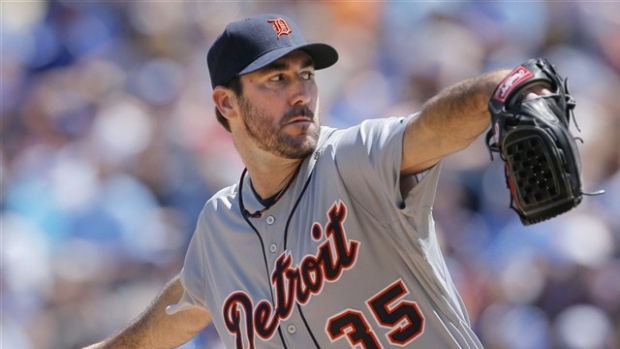 (SportsNetwork.com) - Justin Verlander did not win any starts last month and hopes July will be different when he leads the Detroit Tigers into the finale of a three-game series with the Oakland Athletics at Comerica Park.

Verlander went 0-3 with a 6.82 earned run average in five June starts and is only 6-7 with a 4.80 ERA this season. Verlander has lost at least seven starts in three straight and six of the last seven seasons, and recorded a no- decision in a 4-3 loss at Houston on June 27, allowing three runs in six innings.

"I feel like I'm still a power pitcher with the work I'm putting in," Verlander said. "It's going to come back."

The right-hander is 2-5 in eight home starts and was rocked by Kansas City the last time he pitched at Comerica Park. In an 11-8 loss to the Royals, Verlander allowed seven runs for the second straight outing. In 15 career starts against the A's, Verlander is 8-6 with a 2.48 ERA.

Jesse Chavez will counter Verlander on the hill for Oakland and has a 6-4 record to go along with a 2.94 ERA. Chavez is 1-0 in his last three outings and has posted back-to-back no-decisions, including a 9-5 win at Miami on Friday.

Chavez was touched for four runs and six hits in five innings. He has lasted that many innings in all 16 starts this season. He is 3-2 in nine road outings and 0-2 with a 10.20 ERA in eight career games (1 start) against the Tigers.

The right-hander lost to Detroit on May 29 in a 5-4 decision and allowed three runs over six innings.

Tigers starting pitcher Rick Porcello set his club up for a sweep Wednesday with a dominant pitching display in last night's 3-0 win. Porcello tossed a four-hit shutout and improved to 11-4 on the season. He has thrown consecutive shutouts and hasn't allowed a run in his last three starts.

"It's obviously an honor because I've seen his numbers over his career," said Porcello. "I did it for two games and he did it for 20 years. It's nice being mentioned with him, but I've got a ways to go before I match him."

J.D. Martinez hit a two-run home run, while Torii Hunter drove in the other run for the AL Central-leading Tigers, who have won three of four and 10 of their last 12 games.

The Tigers will also host Tampa Bay and Los Angeles on this homestand.

Oakland has dropped two in a row since winning four straight and hopes to salvage this series between division leaders.

The AL West-leading Athletics are now 3 1/2 games ahead of the LA Angels after last night's loss and Jed Lowrie had two of the club's four hits. Brad Mills was dealt the loss for allowing three runs in six innings of work.

"I felt like I came out throwing strikes and making them swing at it," said Mills. "There's a couple of pitches I'd like to have back, but overall I thought I had a good game."

The A's will return to the bay area after today's game to host Toronto and San Francisco. A's outfielder Yoenis Cespedes was out of Tuesday's lineup and is day-to-day with a left hamstring strain. He is riding a 14-game hitting streak.

Detroit and Oakland split a four-game series from May 26-29.