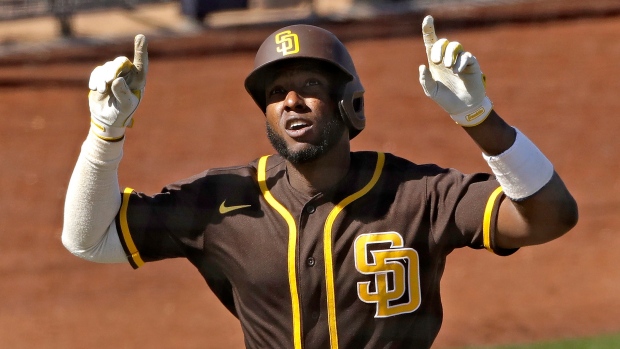 Profar had been a free agent. He chose to return to San Diego, which improved significantly this off-season with the additions of starting pitchers Yu Darvish, Blake Snell and Joe Musgrove, and South Korea slugger Kim Ha-seong.

The versatile Profar likely will be coming off the bench. He started last season as the second baseman but was supplanted by rookie Jake Cronenworth and moved to left field, where he filled in for injured Tommy Pham. He also played two games in right field and one each in centre and at first base. Kim is expected to compete with Cronenworth at second base.

Profar said he wasn't surprised the Padres still had money and the desire to bring him back after making the other moves this off-season.

“I think I did a good job last year. My teammates wanted me here and here I am,” he said.

The Padres ended a 13-year playoff drought last year and beat the St. Louis Cardinals in a wild-card series before being swept by the NL West rival Los Angeles Dodgers in the Division Series.

“I think last year we made the first step. This year we've gotten even better,” Profar said. “I'm real excited to start going in the direction we want to go, and that's winning the World Series.”

Profar and Darvish are teammates again after making their big league debuts with the Texas Rangers in 2012.

“I'm very excited. I'm going to learn more Japanese," Profar said. "When I was with him with the Rangers, he taught me a lot of words. I'm excited to keep improving on my Japanese.”

Profar, who turns 28 on Feb. 20, was acquired by San Diego from Oakland in December 2019 and hit a career-best .278 in the pandemic-shortened season with seven homers and 25 RBIs.

Profar would receive a $350,000 assignment bonus each time he is traded, payable by the acquiring club,

“I think it's good for my motivation," he said about the opt-out years. "I don't just want to be here, I want to get better every year. That's what we push for. Help the team any way I can.”