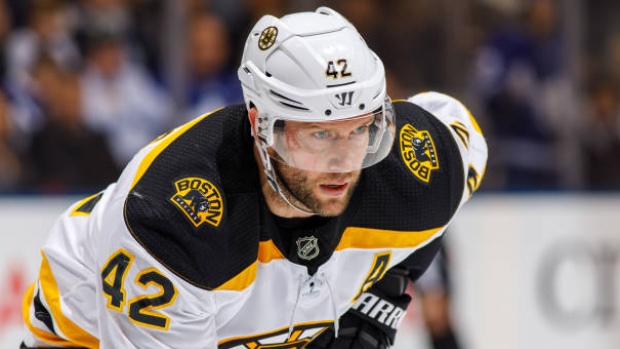 The Boston Bruins announced on Thursday that veteran forward David Backes will not be reporting to their American Hockey League affiliate Providence Bruins.

"After speaking with David, we have agreed that it is in the best interest of David and the Bruins for him not to play in Providence at this time," general manager Don Sweeney said in a statement. "David is fit and able to play, but in order to preserve all potential options for both David and the Bruins moving forward, we have decided this is the best course of action."

In his 14th NHL season, the native of Minneapolis has been sparingly used, appearing in only 16 games. He has a goal and two assists.

Prior to joining the Bruins, Backes spent the first decade of his career with the St. Louis Blues.