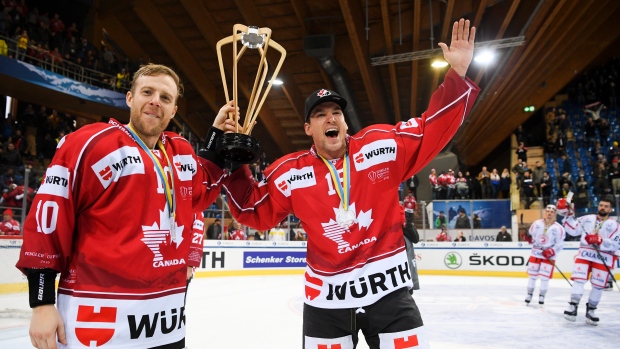 Upshall, who won the Spengler Cup with Team Canada in December, made the announcement on TSN.

Prior to joining Team Canada for the Spengler Cup, Upshall appeared in 12 games earlier this season for HC Ambri-Piotta in the Swiss National A League, posting four goals and seven points. He had two assists in four games at the Spengler Cup.

He was drafted in the first round (seventh overall) by the Predators at the 2002 NHL Draft.