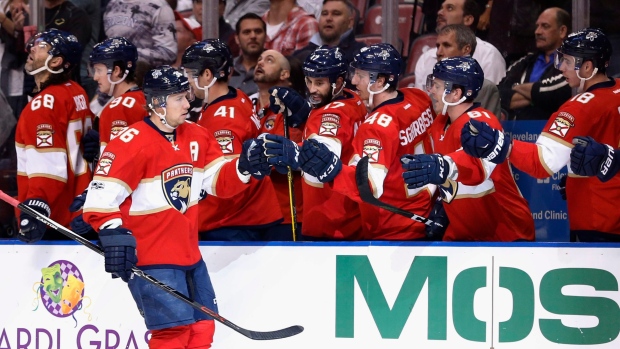 Jussi Jokinen is hanging up his skates.

The 38-year-old winger announced his retirement on Wednesday after 21 professional seasons, including 13 in the NHL.

A native of Kalajoki, Finland, Jokinen spent the last three seasons with the team he began his pro career with - the Finnish Elite League's Karpat.

In 51 games this season, Jokinen had nine goals and 17 assists.

He last played in the NHL during the 2017-2018 season in which he suited up for all of the Oilers, Kings, Jackets and Canucks. In 60 games that season, Jokinen had five goals and 12 assists in a combined 60 games.

His best season offensively came in 2009-2010 when he scored 30 goals and added 35 assists for the Hurricanes. He finished his NHL career with 191 goals and 372 assists.

Internationally, Jokinen suited up for Finland on a number of occasions and collected a great deal of silverware, including silver medals at the 2006 Winter Olympics in Torino and the 2016 IIHF World Championships in Russia, as well as bronze-medal showings at the 2014 Sochi Olympics, two world championships and two IIHF World Junior Hockey Championships.