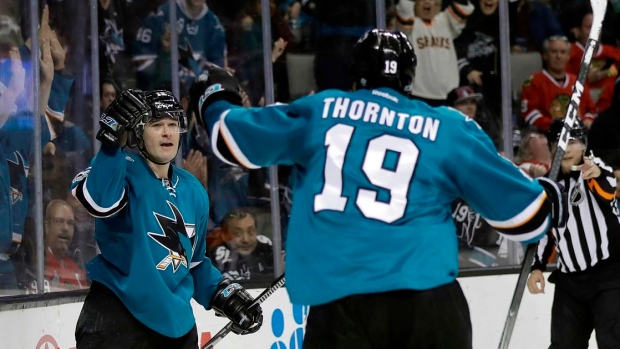 Veterans Joe Thornton and Patrick Marleau both remain without a contract for this season, but the duo appear to be staying in shape to continue their careers.

Retired defenceman Christian Ehrhoff posted a posted a photo on Instagram Monday of Thornton and Marleau in full gear at the San Jose Sharks training facility.

"Visited my old workplace in San Jose today and ran into a couple of old pals!" Ehrhoff captioned the post. 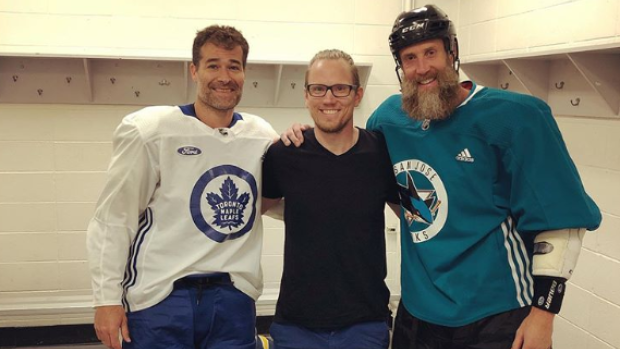 Marleau, who was wearing Toronto Maple Leafs gear Monday, was bought out by the Carolina Hurricanes in June after being traded by the Leafs. He has been linked to the Sharks this off-season after noting his desire to be closer to his previous home in San Jose.

A veteran of 21 seasons, Marleau scored 16 goals and added 21 assists in 82 games during the 2018-19 regular season and added a pair of assists in seven playoff games. The 39-year-old said in June he believes he could play even beyond the 2019-20 season.

Thornton said in June that he hopes to return to the Sharks for at least one more season and added he could play as many as five more years. Thornton is coming off his 21st season in the NHL, recording 16 goals and 35 assists in 73 games. The 39-year-old has 413 goals and 1,065 assists in 1,566 career games, split between the Sharks and Boston Bruins.

Both Marleau and Thornton have previously served as the Sharks captain and sit in the top two in Sharks history and every major offensive category.

According to CapFriendly, the Sharks have $4.68 million in cap space remaining for this season with 11 forwards under contract.