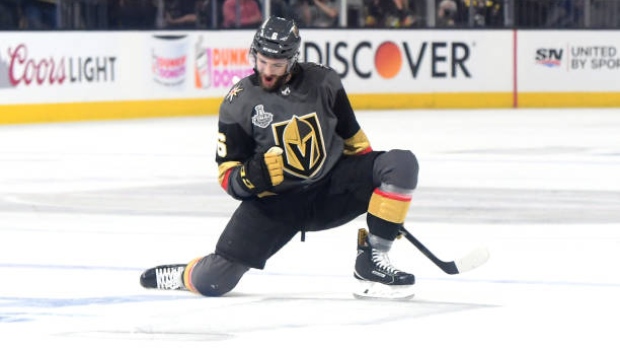 The Vegas Golden Knights announced a four-year deal for the 25-year-old defenceman worth $3.875 million a season.

Taken from the Boston Bruins in last summer's expansion draft, Miller led the team's defencemen in scoring with 10 goals and 31 assists.

Taken in the fifth round of the 2012 NHL Entry Draft by the Los Angeles Kings, Miller has 19 goals and 51 assists in 182 career games over three seasons with the Bruins and Golden Knights.