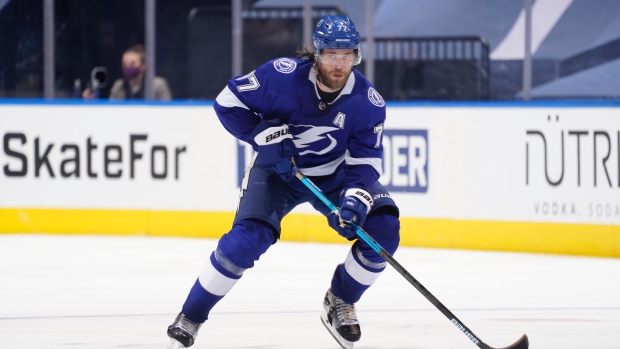 Victor Hedman of the Tampa Bay Lightning, Cale Makar of the Colorado Avalanche and Adam Fox of the New York Rangers have been named finalists for this year’s Norris Trophy.

The 30-year-old Hedman won the award for the NHL’s best defenceman in 2017-18 and amassed nine goals and 36 assists over 54 games in 2020-21, his 12th year with the Lightning. The Swede has been nominated for the Norris Trophy five times in his career.

Fox, 23, tallied five goals and 42 assists over 55 games with the Rangers, just his second year in the NHL after New York selected him in the third round of the 2016 NHL Draft.

Makar, 22, also in his sophomore season, netted eight goals with 36 assists over 44 games with the Avs. He won the Calder Memorial Trophy as the league’s top rookie last year.