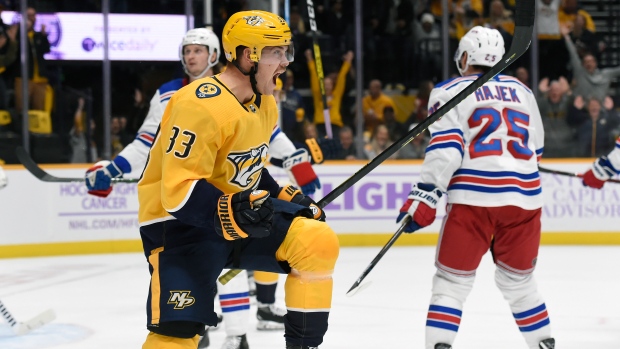 Arvidsson appeared in 50 games last season for the Predators and contributed 10 goals with 15 assists.