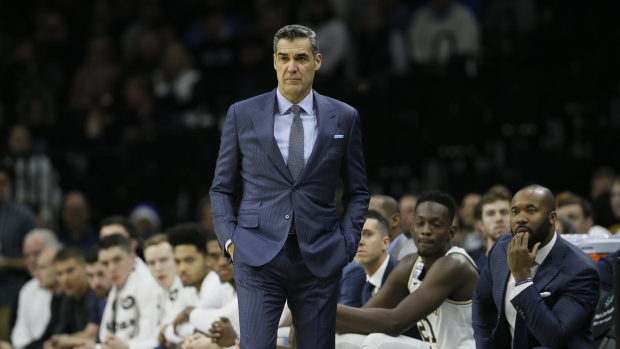 Jay Wright is happy to stay in Philadelphia, but it won't be with the 76ers.

The Villanova head coach released a statement on Wednesday to rule himself out from the Sixers' vacancy.

"The 76ers have a great leader in [general manager] Elton Brand, outstanding young talent, and an incredible opportunity for any coach to compete for a championship," Wright said. "As a lifetime 76ers fan, I have confidence they will bring in the right coach to build on what [former coach] Brett Brown developed. I am not a candidate for the job. I am very happy and honoured to coach at Villanova."

A native of Churchville, PA, the 58-year-old Wright has served as head coach of the Wildcats since 2001.

Under Wright, Villanova has won two national championships in 2016 and 2018.

The Sixers fired Brown after seven seasons last week, following the team's first-round exit of the Eastern Conference playoffs at the hands of the Boston Celtics in a sweep.