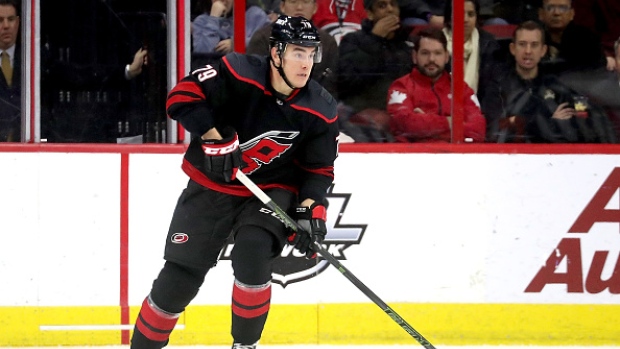 Carolina Hurricanes general manager Don Waddell said Monday the team is closing on their plan of action on how to approach the trade deadline.

Waddell said the Hurricanes have been waiting for their current road trip to end before making any decisions on how to proceed. The road trip, which has seen the Hurricanes post a 3-1 record, will wrap up Tuesday against the Ottawa Senators.

One player who is believed to be drawing interest in Carolina is pending free agent forward Micheal Ferland. Waddell said the Hurricanes, who are just three points out of the final wild-card spot, could elect to hold on to Ferland for their playoff push.

“We’ve got some UFAs and one that has gotten some interest and traction,” Waddell told the Raleigh News and Observer of Ferland. “I’ve said maybe that’s our rental piece if things are going well. We know we may not be able to sign him, but if we trade him we have to go out and find a piece.

“I would say we’re talking to a lot of people, a lot of teams. But I’ve told everybody we’ll get through the [road trip] and see where things are.”

Ferland, 26, was acquired in June along with Dougie Hamilton and Adam Fox from the Calgary Flames. He has 14 goals and 28 points in 47 games this season.

Waddell made a splash last month, acquiring Nino Niederreiter from the Minnesota Wild for centre Victor Rask. Niederreiter has six goals and nine points in 10 games since joining the Hurricanes, and Waddell said that trade should help dispel the notion that the Hurricanes are unwilling to spend.

“You never know when you make these trades,” Waddell said. “You always hope they work out for both teams. I’ve made a lot of trades and some work out and some don’t.

“One thing that has been missing is that we took on about $1.7 million more a year, cash. Everyone wants to talk about my boss (owner Tom Dundon) being on the frugal side but this is going to cost us over $5 million more, so obviously that always is a factor. It also involves giving [Minnesota] some cap space. Again, everybody is looking for centres. Centres are at a shortage right now.”

Since the New Year began, the Hurricanes have posted a 12-5-1 record to re-enter the playoff race. Following their contest against Ottawa on Tuesday, the team will have five games remaining before the deadline on Feb. 25.