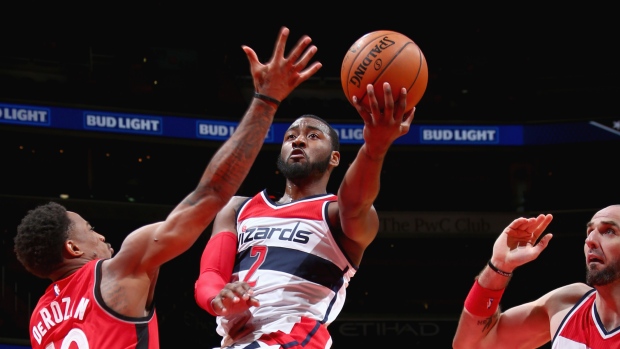 WASHINGTON — John Wall had 15 points, 11 assists and seven rebounds as the Washington Wizards cruised past the Toronto Raptors 119-82 on Friday in the final pre-season game for both teams.

Wall hit 3 of 4 three-point attempts and Washington shot 58 per cent for the game.

DeMar DeRozan scored 34 points on 11-for-24 shooting for the Raptors. He was the only Toronto player to score in double figures.

Markieff Morris scored 19 points and hit all three of his three-pointers for the Wizards while Bradley Beal scored 19 on 8-for-16 shooting. All five Washington starters scored at least 15 points.

The Raptors (4-3) host Detroit in their season opener on Wednesday. Washington (4-3) visits Atlanta on Thursday.