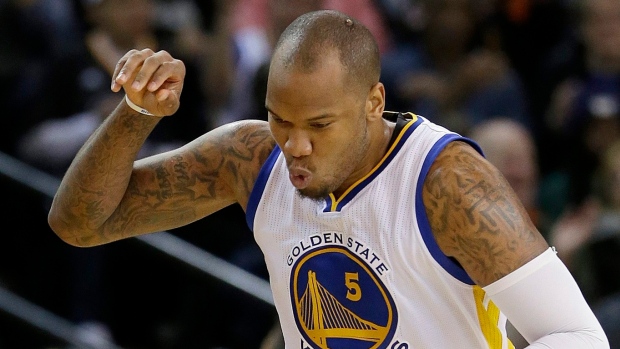 MEMPHIS, Tenn. - Warriors reserve forward Marreese Speights has a strained right calf that could keep him out for the rest of Golden State's series with the Memphis Grizzlies.

The Warriors said Sunday that Speights had an MRI exam that showed a moderate strain, and the forward will be re-evaluated in one week.

Golden State trails Memphis 2-1 in the Western Conference semifinal with Game 4 on Monday night. The timetable could allow Speights possibly to return for Game 7 on May 17.

Speights was hurt in the fourth quarter Saturday night of a 99-89 loss to Memphis, and he hopped off the court to the locker room. He had nine points in the game, including six in a 41-second span just before hurting his calf.