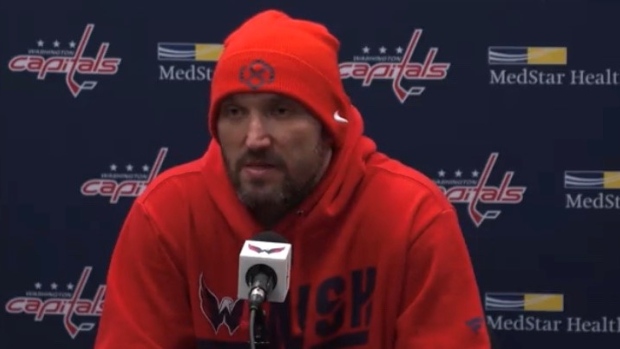 A vocal supporter of Russian president Vladimir Putin, the 36-year-old Muscovite spoke to the media for the first time since Russian forces entered Ukraine on Thursday morning local time.

"It's a hard situation," Ovechkin said. "I have family back in Russia and it is scary moments. But we can't do anything. We just hope it going to be end soon and everything is going to be all right.

"Please, no more war. "It doesn't matter who is in the war — Russia, Ukraine, different countries — I think we live in a world, like, we have to live in peace and a great world."

Ovechkin's current Instagram avatar is a photo of him alongside Putin. In 2017, Ovechkin started "Putin Team," a social media campaign to promote the president that was co-signed by other Russian hockey players including Evgeni Malkin, Ilya Kovalchuk and Pavel Bure.

“I have never hidden my attitude towards our president, always openly supporting him,” Ovechkin wrote on Instagram at the time. “I am confident that there are many of us, supporting Vladimir Putin. So let’s unite and show everyone a united and strong Russia!”

Asked on Friday if his support for Putin remains as fulsome, Ovechkin demurred.