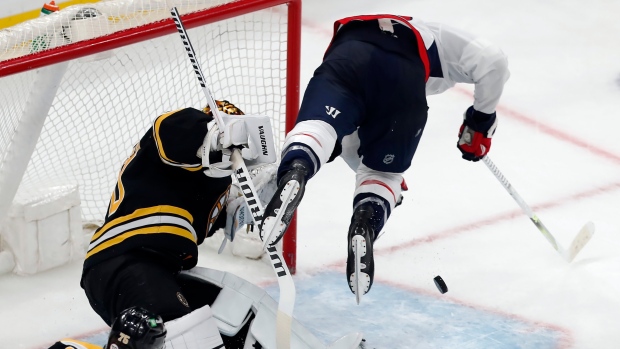 Washington Capitals forward Anthony Mantha has been fined $5,000, the maximum allowable under the Collective Bargaining Agreement, for goaltender interference against Boston Bruins goalie Tuukka Rask during Game 4 of the team's first-round series on Friday.

Washington’s Anthony Mantha has been fined $5,000, the maximum allowable under the CBA, for Goalie Interference on Boston’s Tuukka Rask.

The incident occurred at 13:29 of the third period. Mantha was assessed a minor penalty for goaltender interference.

The 26-year-old, who was acquired by the Capitals at the trade deadline, has two assists in four playoff games.

The Capitals are on the brink of elimination and trail the Bruins 3-1 in the series following Boston's Game 4 victory on Friday.