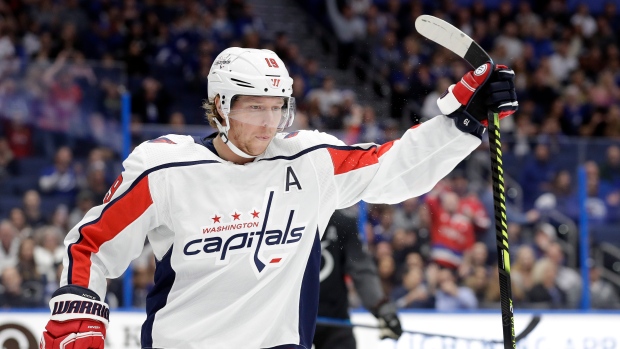 The deal will carry an average annual value of $9.2 million for Backstrom, who will turn 33 later this year. As TSN Hockey Insider Pierre LeBrun notes, Backstrom negotiated the deal by himself, acting without an agent.

The deal also includes a full no-move clause in each of the first three years and a 15-team no-trade clause in the final two years.

Backstrom has nine goals and 35 points in 39 games this season, his 13th with the Capitals. He was previously scheduled to become an unrestricted free agent in July as he was playing out the final season of a 10-year, $67 million contract signed with the Capitals in 2010.

Selected fourth overall by the Capitals in the 2006 NHL Draft, Backstrom has 240 goals and 908 points in 934 career games. He is the franchise's all-time leader in assists in and, along with Alex Ovechkin, is one of two players to record more than 900 points with the team.

On the international stage, Backstrom won a silver medal with Sweden at the 2014 Sochi Olympics and is a two-time gold medallist at the World Hockey Championship.

$9.2 M AAV, Backstrom negotiated the deal by himself. The key for the team is the term. The key for the player is he still gets paid top dollar, a nice raise from the $6.7 M AAV he made on his expiring 10-year contract. https://t.co/b3gFAcNuSt