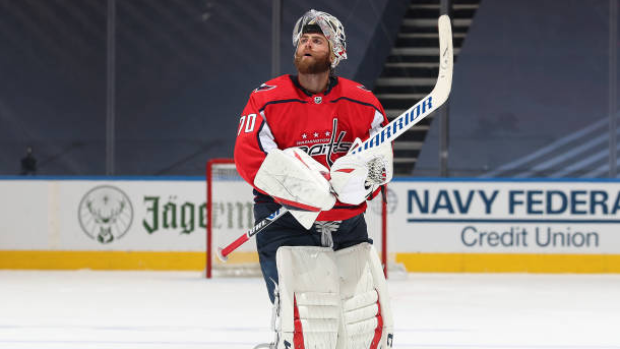 The Washington Capitals made their first change of the off-season on Sunday, parting ways with head coach Todd Reirden after two seasons, and it appears Braden Holtby's future with the club could also be in doubt. The goaltender scheduled to hit unrestricted free agency this fall after a decade with the team.

"It's still to be decided," Capitals general manager Brian MacLellan said Sunday of whether Holtby could return, per NHL.com. "I think it's going to be difficult, but sometimes opportunities come up that you don't expect, and I think we'd like to play it out and see what happens."

Holtby, who will turn 31 in September, backstopped the Capitals to their Stanley Cup win in 2018 and won the Vezina Trophy in 2016. This season, he posted a 25-14-6 record with an .897 save percentage and a 3.11 goals-against average – the worst numbers of his career.

Playing in the final season of a five-year, $30.5 million contract ($6.1 million AAV), Holtby was pushed for starts this season by rookie Ilya Samsonov. The 23-year-old went 16-6-2 during the regular season with a .913 save percentage and a 2.55 GAA.

Holtby started every game for the Capitals upon the NHL's restart, going 2-5-1 with a .906 save percentage and a 2.49 GAA as the Capitals were eliminated in five games by the New York Islanders in their first-round series.