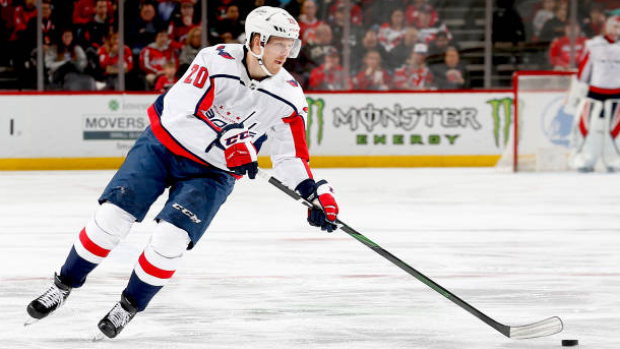 Washington Capitals forward Lars Eller said Tuesday he will leave the Toronto bubble soon after arriving to be with his wife for the birth of their second child.

With a due date for his son of Aug. 8, Eller said he will travel with the Capitals to Toronto in late July and will play in round-robin games until it's time to leave. The Capitals open their round-robin schedule against the Tampa Bay Lighting on Aug. 3.

"We're going to have a new addition to our family here in a couple weeks," Eller said, per NHL.com. "I don't know when it's going to happen, but it's going to happen. But at the same time, I want to be with my team and also committed to that and want to win another Cup. We're working on making the necessary arrangements so I can be there for the birth and come back to [Toronto] after that."

Upon his return to the Toronto bubble, Eller will have to quarantine in his hotel room until he receives four consecutive negative COVID-19 test results over a four-day period. His quarantine could be as long as 14 days if he comes into contact with a person who tests positive for COVID-19.

"Depending on how you travel and you travel back and forth and who you're going to be in contact with and so on, I'll have to serve some time inside the bubble and test a number of times before I can join my teammates again and play games," said Eller. "We're working on trying to figure out how we do that the best possible way. That's what's going to happen."