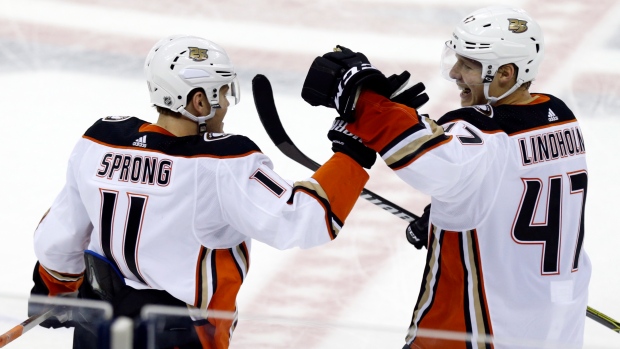 The Washington Capitals have signed forward Daniel Sprong to a two-year contract worth an annual average salary of $725,000.

The 23-year-old was acquired from the Anaheim Ducks in February.

Sprong scored 12 goals and added 21 assists over 44 games in the American Hockey League this season. He played in eight games with the Ducks before being traded, scoring one goal and adding one assist.

Sprong was selected in the second round of the 2015 NHL Entry Draft and has 19 goals and 11 assists over 97 games in the NHL.