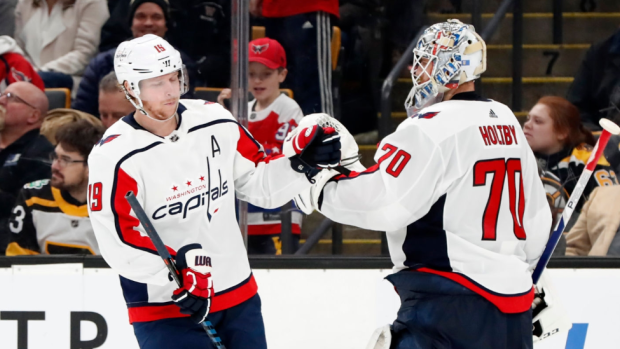 The Washington Capitals are set to start on extension talks with goaltender Braden Holtby and centre Nicklas Backstrom before the regular season begins.

Capitals general manager Brian MacLellan told NHL.com on Wednesday that he expects to begin talks with both pending unrestricted free agents next month.

"That's coming up here," MacLellan said. "I've checked in with both. It might happen the beginning of September, depending on the timing of me getting back. But it will happen right away…We've got to talk and give both players what we're thinking, get their feelings on the situation and play it out from there."

MacLellan said the possibility exists that at least one of the two long-time members of the franchise could sign before the regular season begins on Oct. 2.

"It will depend on the conversations we have, on how they want to proceed and what they think is best for everybody," MacLellan said.

MacLellan noted on Wednesday that the Capitals may already have their goaltender of the future in former KHL star Ilya Samsonov, who made the leap to North America last season.

"Obviously, contract demands and what we feel [NHL salary cap-wise] we can handle in that position (are factors)," MacLellan said of negotiations with Holtby. "And Samsonov has to continue to develop and become the goalie we think he could be."

Backstrom is entering his 13th season with the franchise and carries a $6.7 million cap hit in the final season of the 10-year, $67 million contract he signed in 2010. The 31-year-old scored 22 goals and posted 74 points in 80 games last season.