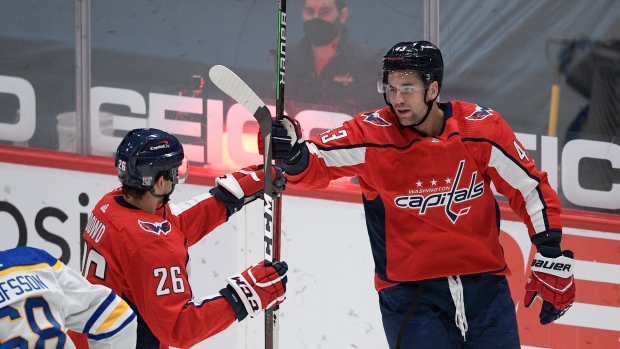 Washington Capitals forward Tom Wilson and forward Jonathan Marchessault of the Vegas Golden Knights have been added to this weekend's All-Star Game, the NHL announced on Wednesday. Both are All-Star Game debutants.

Wilson joins the Metropolitan Division roster in place of teammate Alex Ovechkin, who will miss the weekend's festivities after testing positive for COVID-19. With Ovechkin's absence, Philadelphia Flyers centre Claude Giroux has been named the team's captain.

A native of Toronto, the 27-year-old Wilson is in his ninth NHL season. In 42 games this season, Wilson has 13 goals and 18 assists. Wilson joins teammate Evgeny Kuznetsov on the roster.

Marchessault, 31, is in his ninth NHL season and fifth in Las Vegas. In 41 games this season, Marchessault has 20 goals and 12 assists. He joins teammates Alex Pietrangelo and Mark Stone on the Pacific Division roster.

The NHL All-Star Weekend kicks off in Las Vegas on Friday.